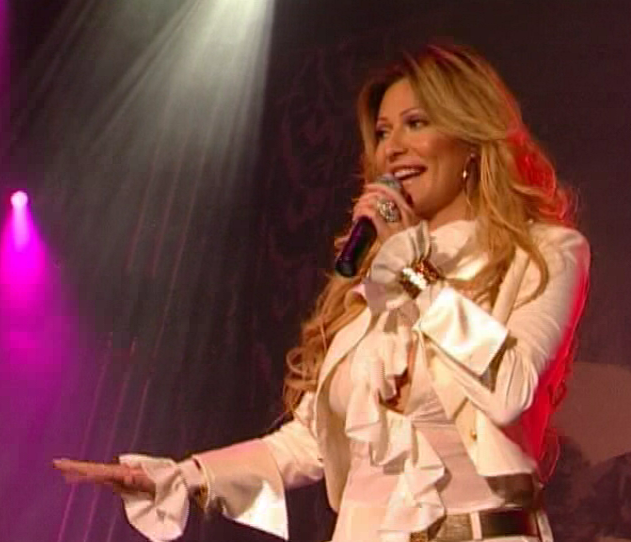 Svetlana Raznatovic is one of the biggest current turbofolk stars in the Balkans. She is better known as Ceca Velickovic. Loved by young and old alike, Ceca boasts some of the most loyal fans who call her the Goddess of Balkan music.

Born in the village of Zitoradja, Serbia, she started singing at the age of 9. She started her career with participation in the Sarajevo, Ilidza trough 1987 festival and wins the Audience Award. Her first album was released in 1988, and since then, she has realized exactly 16 studio music albums in her discography.So far, she has recorded over 30 TV clips and starred in the movie ‘Unclean Blood’. It is hard to list all the hits of the turbofolk legent Ceca, but her most popular performances are “Lepi grome moj”, “Kukavica” , “Trepni” and so on… The list is long! Behind her, the Queen of Serbian turofolk music has more than 50 large-scale concert performances by countries such as Switzerland, Slovenia, Australia, Bulgaria , Macedonia, Bosnia and Herzegovina, as well as Germany .So far, Ceca Raznatovic has been named singer of the year more than 10 times in Serbia, as well as in Republika Srpska, Montenegro, Macedonia and Slovenia.

In addition to a talented singer, she is also a devoted and caring mother of her children, now grown up – son Velo, 23 years old and daughter Anastasia at 21 years old. , which she grew herself after the death of her husband Zeljko Raznatovic – Arkan. She and Arkan were family until his death through 2000. This is one of the hardest times in her life. She announces that she stops singing and forbids her songs to be broadcast. But nearly a year and a half after the incident, Ceca Velickovic returned to the music scene.

We ,from Turbofolk will introduce you to some of her biggest and most popular hits.

This song is said to have been first proposed by Vesna Zmijanac. It was released in 1993 on the album „Sta e je to u tvoim venama“ and became a business card of Ceca. Absolutely amazing turbofolk song!

Trepni- This is probably the biggest hit of the more recent and realized singles. The megahit “Trepni” is one of the tracks included in Ceca’s album – “Autogram”. In YouTube has nearly 70,000,000 views.

Caca Velickovic realized this song at the beginning of 2017. It is entitled “Nevinost “, which means innocence. The video of the ballad is an interesting storyline. The performer is in role of the Ice Queen. Watch it!